Posted at 17:43h in General by David Ganulin 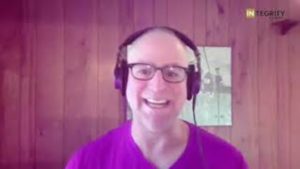 Ross Campbell: I am excited for this next interview. Pete Moore is one of the foremost experts when it comes to advising fitness and lifestyle companies on transactions and anything related to business, finance and investment, a former investment banker, he now, advises companies across the fitness and wellness ecosystem on everything from M & A to equity, capital markets and debt capital markets. I don’t know anybody in the world where there’s much insight on finance and investment and fitness and wellness, then Pete Moore. He is an absolute gem. I look forward to interviewing him right now, ladies and gentlemen, get your thinking caps on and get global for Pete, Pete, Moore. Pete, thank you very much for joining us today. Get stuck in straight away, for those perhaps aren’t aware of the term HALO. Can you just quickly describe how you view the sector and what it’s all about?

Pete Moore: Well, great to be here and thanks for for having us on and good to see you again on the video side. So you know, I’ve been a health and wellness banker since 2003 and I never had too many companies come to us and say, “Hey, I’ve got an awesome wellness idea!” Uh and then I decided to Google the word wellness and found out in the 1920s, it was a guy named Dr. Halbert Dunn, who worked at the Mayo Clinic and he was a biostatistician and he was looking at the data and saw that everyone was getting sick. So he was trying to solve for illness and decided to create the word wellness as effectively the antonym. So if you’re not sick, you’re just okay. And I said, you know, I don’t want to be a wellness banker anymore, just making people okay.

Pete Moore: And bringing capital into the wellness industry to hope people don’t get sick. And I wanted to try and elevate that. And I was kicking around with some letters and realize that the the HALO acronym would be a great acronym to use healthy, active lifestyle outdoors and create the Halo Effect and to elevate from the word wellness to make people awesome and not to just make sure that they’re not sick. So that was the evolution of halo. And over the next five years, what we’re trying to do is to get people who own companies to say, I’m part of the HALO sector, instead of I’m part of the anti-aging or I’m part of the health club industry. I’m a boutique fitness operator. I want them to say I’m a halo company. So that is part of our evangelistic goal. Well,

Ross Campbell: Look, it’s a great goal, Pete. I mean, you are one of very few unique advisors to the HALO sector. We’ve saw incredibly a number of fantastic deals happen this year and through the crisis. Can you pick a couple of great deals from, from the rack and what’s impressed you and why?

Pete Moore: Yeah. Look, I mean, the proliferation of capital that’s going into the to the at-home and the digital space is you know, unprecedented you know, Peloton stock price being up 400% since March 15th or so has been pretty awesome. And thankfully there is a platform that was the market leader in order to ensure that people were able to to get the workouts that they need. You know, during COVID, I think the average is somewhere between 15 to 20 pounds of additional weight that people have put on and, you know, obesity, loneliness and diabetes that are top three leaders of, of you know, terminal issues for people’s health. So you’ve seen a lot of investments over the last six months. I, you know, if you ask me to kind of cherry pick a couple of ones that I thought were really interesting you know, this week a group called tonal T O N a L a brought in $110 million of new capital.

Pete Moore: Some of that was from some celebrities and athletes. So I think there’s an additional wave of new investors that are coming in that are also, you know, influencers and that can stand behind a product. I think you know, this Zwift deal Z W I F T, which is you know, a cycling modality that allows people to connect with their own bikes, you know, for a company like that to raise $450 million of equity, you know, quite frankly, I wasn’t in the room and didn’t work on the deal, but you’ve got to think that companies like that and investors that are investing in those companies are clearly thinking that groups like Zwift are going to replace health club memberships. The only way the numbers work is if you’re, you’re cutting in to a revenue stream that is already in the bricks and mortar space and is going to shift into the digital space.

Pete Moore: So I think that was kind of a marker for me, or somewhat of a concern that, wow, some big VCs here, don’t view this as a temporary issue, that this is a long-term systemic shift in revenue. And you know, that that’s a concern for me of, of, you know, like you know, somewhat of a warning light, if you will that this ad home, it’s not only here to stay, but you know, there there’s some big bets being made. On the other side of that, you asked me what I think their best deal was, or the most interesting to me was the Lululemon acquisition of mirror, you know, for $500 million. It’s interesting for two reasons. One is my hope is as an investment banker and as being in mergers and acquisitions is to get as many multi-billion dollar companies to become potential buyers of companies in the health and fitness or in the halo sector.

Pete Moore: So when you see a company like Lululemon make a $500 million bet, you know, to have a connected mirror related to fitness in someone’s home. And then, you know, the, the play there is obviously, you know, every instructor is going to be wearing Lululemon, and you’re literally going to be able to touch the screen and purchase that and get it shipped to you, you know, within a day or two. You know, so I think that opens up a really interesting wave of, you know, who’s a potential buyer of the next connected fitness, you know whether it’s a streaming technology or whether it’s actual hardware or whether in the future it’s bricks and mortar. So I would love to see, you know, Walgreens, CVS, Nike, Under Armor Adidas. Like if those companies say, Hey, I get what Lulu lemon did. And I want to be in this space, the influx of capital and talent and sheer volume of deals is going to become really, really interesting.

Pete Moore: So as an investor, as a, as an investment banker, you know, you typically go to your top 20 or 30 private equity funds to do deals, and there’s typically a cap on what a company’s worth, but what’s a, what’s a Mirror worth to Lulu lemon from a standpoint of, you know, additional revenue streams that come out of that piece of hardware in somebody’s house. I think that to me is kind of the bellwether deal that is going to shift people’s thoughts on who potential buyers are who potential partners are in the industry.

Ross Campbell: That was a fantastic deal. I mean, we work with Lululemon. We didn’t see that coming, but what a deal that was Pete, looking ahead, perhaps for the next, maybe two to four quarters, where else do you see money moving into the sector? Will it be from private equity? Will it be from other types of funds? Will it be from these more strategic corporates? And if you do think we’ll all be tech-related or will other verticals also get benefit of this new cash?