Posted at 18:14h in HALO Talks by David Ganulin 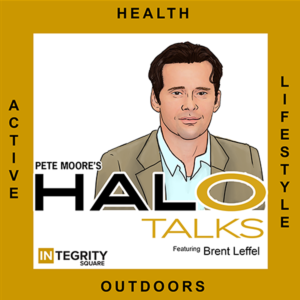 Pete Moore: This is Pete Moore on halo talks NYC. I have the pleasure of bringing in a old dear friend, Brent Leffel Newport beach by way of 15th street, New York city. My next door neighbor. Welcome to the show. Finally.

Brent Leffel: Thanks for having me, Pete, how was waiting for the invitation?

Pete Moore: Excellent. Well, you’re a, you’re in the queue number, probably around number 400. So save the best for 400. So you’ve had an illustrious career starting off in finance. You want to give your shortened background and then we’re going to talk about what’s going on at TRX.

Brent Leffel: Sure, absolutely. So I worked in banking and private equity for a number of years. And you actually introduced me to this industry back in 2005. At the time crunch was an orphan division of Bally. And you came to my old firm with an idea of acquiring it and we were looking to acquire distress companies. And we did that in that transition into a couple of years of trying to figure out how to, to get crunch on the right track that culminated. We didn’t really do that until I met mark Mastrov after he had left at, had sold 24 hour and one of his partners, Jim Rowling, and another partner, Mike Feeney, they came in and started operating crunch from my old firm, did quite well. And then we restructured the business with them and it just, it, it really took off spent a couple years at my old firm Gordon with them.

Brent Leffel: And then I left and I joined them to start a business called new evolution ventures, which was a branded portfolio of health and fitness businesses. And we really span the gamut from company owned stores, company owned locations, franchise we bought and sold a few businesses and it was global. You know, we were in 25, 30 countries, you know, my role initially was M and a business development strategy. And then I got involved in operations over time, you know, under the, the leadership and mentorship of, of mark and Jim. So I had a really good broad experience and I laughed back in 2017 spent a little time with the north castle partners folks in Barry’s boot camp. I had invested with them and was on the board so spent some time as they were starting their international business. And then also spend a bunch of time with some folks that you introduced me to Kirk and Sean Galliani that was, you know, a business that we got involved with at new evolution ventures when they had five clubs after they had so-called with their new business, one life fitness that they grew to about 40 at the time.

Brent Leffel: And then I decided to start my own a boutique private equity firm to invest in businesses that I knew. And that led me to T-Rex, which, you know, we acquired at the end of 18 and it’s been a wild ride. And, and what’s different about us is that we act as both the investor and we get involved in the, you know, the management and the operations is needed and been involved in that capacity with your arch really since inception. So it’s been, you know, two years and it’s been, you know, a lot of a lot of great learnings and great fun.

Pete Moore: That’s awesome. So, you know, your firm and you individually have the benefit of being in private equity, but also spending full time stints as either the CEO or, or operating a business. How do you think, and I, and I’ll give you my response, but how much do you appreciate the, the operation, the execution, the team building versus when you were back at Angelo Gordon, you know, and you and I were plugging things into an Excel spreadsheet and just putting growth rates on them.

Brent Leffel: So we have, so I’m playing this role with Tierra. It is, you know, in an operating capacity and my business partner is doing the same thing with a, a business medical aesthetic retail business called [inaudible]. And, you know, I always like to say that Microsoft Excel is an amazing thing because they can tell you whatever you want when you and I were back in the day, plugging in, you know, growth rates, you know, it’s like you’re playing a video game.  and the other thing that, that I’ve learned over the past few years is the thing you can’t model is people and culture. And that is the most important thing in these businesses. And I remember, you know, I feel, I wish I knew, you know, then what I know now, all my time in private equity, we were focused on the wrong things.

Brent Leffel: We should’ve been focused on. Do you have the right people running the business? Are you supporting them the right way? Are you pushing on the right things? You know, I used to be great at asking a million, you know, detailed, granular questions, which weren’t the right questions. And it’s more about setting the strategy, make sure that, that the you know, that the teams in place and just supporting and, and letting it move forward. And, and that’s been a, you know, a key learning that I’ve had over the course of the past few years, really seeing it more from the operating side than the, the other side of it.

Pete Moore: And when you start off, you know, I I’ve tinkered around with some very early stage businesses. You and I have looked at doing so much larger deals, you know, what do you think is either your sweet spot or, or the sweet spot to be able to come in and say, okay, I could fix this or I could tweak it, or I could change the strategy whereas not necessarily trying to turn a turn, a cruise ship around. So what should like your comfort zone on size of a company to start with?