Posted at 20:51h in HALO Talks by David Ganulin 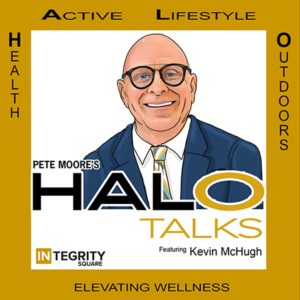 Pete Moore: This is Pete Moore on HALO Talks NYC. I have the pleasure of welcoming Kevin McHugh with one of the cleanest resumes in the entire health club industry. 28 years at the Atlantic club head of operations, CBI cover story September, 2019. Kevin. Good to see you again and welcome to HALO Talks!

Pete Moore: So you and I met a couple of years ago in person toward your campus and you know, quite a span of, of services. And why don’t you give your personal background, talk a little bit about the Atlantic club and then we’ll get a jump into all the changes you’ve made to make it even bigger and better post pandemic.

Kevin McHugh: Sure. Well, I’ve been at the Atlanta club for 28 years. I’m going on my 29th year. I am the COO and the Atlantic club is is a multipurpose facility. Pat laws, the owner has always focused on being more than just a health club. So we’re very strong. 33% of our business has helped 67% of our businesses ancillary income. So we have a spa of one of the largest day spas in the country. We’ve got one of the biggest tennis programs in the country. We have a school and pretty much we in those areas, we’ve always focused on being best of breed. So as we’re looked at in a health and fitness industry, it’s the same way we looked into tennis industry and in the spa industry. So we’ve been very fortunate with a lot of tenure with our, with our with our managers. I’ve been there 28 and a half years, but most of our managers are over 20 years. So it’s been, it’s been a nice ride.

Pete Moore: That’s great. You know, from a standpoint of looking at all the different programming that you have and the different buildings that you have, how did you prioritize overseeing the operations? Obviously you’ve got people there for a long time, so, you know, there’s a lot of trust and there’s, you know, you got, you got a team concept going on there. So when the pandemic hit, how did you prioritize, Hey, this is what we could do. This is what we can’t do. And taking a fresh look at all the square footage that you have there.

Kevin McHugh: Yeah. well, if you were a couple of years ago, Peter, when you were here we were a 44 acre campus with a small fitness footprint really undersized. And when I’m a kid on March 16th, we actually laid off, we had 720 employees and we laid off every employee except by, and those, those individuals stayed laid off for at least till June, because we opened up tennis and gym. We help up the sponge line. But a lot of the work that we had to do, we had to do with four people. And it gave us an opportunity to relook everything. But as you know starting in around April, we started getting involved with a lot of groups in Ursa and groups outside of hers. And just listening to what other clubs were doing, gave us the opportunity in New Jersey to really take a hard line on what do we need to be in the future?

Kevin McHugh: Because pretty much we knew that we’re gonna lose pretty much everything with trying to staff, the way we paid our staff out. We took a lot re re we paid people up front because we didn’t know when it was going to end, but we looked at it and we social distancing. We knew it was going to be important. We knew that cleanliness was going to be important and we had space and all over the course of time, we can look at every single line item that we had and we decided instead we were going to get rid of, but we had a 22,000 square foot built house that really was being underserved. And so we looked at our fitness room, which was very tight, very crowded. And we had just purchased back in October of that year, all new freeway equipment, we then decided let’s take all that freeway equipment unless make ourselves have when the largest freeway centers in the country.

Kevin McHugh: So we took the field’s house and it was under performing. And we transitioned that into probably one of the best free rate areas and functional training areas in the industry. We’ve always had it pre COVID, but after COVID, we now have. And so, and it’s not something that we’re going to reverse. We also didn’t have a major virtual platform and we were able today to have one of the best comprehensive, integrated virtual platforms in the industry. And part of that was because we opened up late. So we had a lot of time to do things and really, and a lot we learned from a lot of other people’s mistakes. What did you

Pete Moore: Use on the digital side? Who do you partner with there?

Kevin McHugh: We actually partner with Les Mills and also with smart health clubs with the witch, which is the app. So now our members can see, can come to the club, take a reserved class virtually with all new sound systems on your screens, retrieve that during COVID. And if they don’t want to come to the club, they can take that same exact last virtually at their home. We also add 15 classes every month that are our own instructors, so that that library continues to build. So we did that. We also I took our spinning studio, which had 35 bikes in about 800 square feet. And we took half of the gymnasium and we have two courts and a gymnasium, and we made a spin studio that could socially distance 35 bikes during that period of time where we would only have been able to have eight people in a spin class. We took that work that, that spin studio, and then a virtual spin studio. So throughout the day, now people can take virtual spinning classes with reservations, with nine people to a room. So we purposed it that way. So a lot of space, a lot of virtual, a lot of live. And then we also got shipping containers and, you know, this new it’s telling us about that, add on yeah,