Posted at 18:04h in HALO Talks by David Ganulin 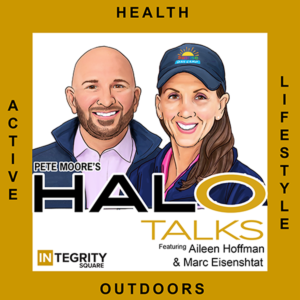 Pete Moore: This is Pete Moore on HALO Talks, NYC HALO Talks, Sunrise Walks. . Welcome Aileen Hoffman. My old friend from summer camp Marc Eisenstadt was a one of my color war teens, a winning team. That is one to talk about their initiatives and how we are going to help get kids into day camp. Welcome to the show.

Aileen Hoffman: Thank you. Thanks for having us, Pete. So when we spoke last

Pete Moore: Week, we said we got to get on as quick as possible and start to spread the word here. So Ilene, you want to talk about the organization, why you got involved and how the halo industry is going to sunshine and sunrise.

Aileen Hoffman: Yeah. Thank you. Thank you. So like you peed, I’m like thinking about color war campus coming up. For those of us who’ve gone to sleep away camp. It just becomes part of us, right? It’s it’s in our blood and I am the vice-president of the national sunrise walks campaign for the sunrise association, which started just 15 years ago. And where our founder at the time found out that there was not one single day camp in the entire world for children with cancer, not one, which is pretty amazing. If you think about it, it’s not that long ago. So he just wanted to start a little camp here on long island, which is where our, our headquarters are. And he started with 96 children that first summer. But what he found out before he brought the children up to the camp was that he spoke to parents and parents said, you know, it’s nice that you’re going to do a camp for children with cancer, but please don’t do it unless you include our, include our other children.

Aileen Hoffman: Because in some ways the other children, the siblings, the brothers and sisters are suffering more than the child with cancer. If you can imagine, if you have your own children, if you have siblings, when, when there’s a crisis in a family, everybody’s impacted by it. But especially brothers and sisters, because if your brother or sister is sick or in the hospital for a hundred days, which often happens, those little ones or big ones are left behind those grandparents, they’re not going to after-school activities. So they said, please do it only if you include our other children. He said, of course. And then the next thing they told him is we can’t afford it for those of us who went to camp, like call your parents, call your grandparents and thank them because camp is expensive. Even non-profit camps and families impacted by pediatric cancer are devastated.

Aileen Hoffman: Often one parent has to stop working to be home with their sick child. So they said we can’t afford it. So Arnie made a pledge back in two, 2006 to never charge one single dollar. Anything that we were going to do again, I said he just wanted to open up like a little pop-up camp fast-forward to now to 2021. We have eight camps we have on long island. The one that I told you that started with 96 children in 2019, we had 880 children registered. We have a camp in Pearl river, New York, Staten island, New York, Atlanta, Baltimore, and aide camps. I’m sorry, in three camps in Israel. And we were supposed to open up a camp on the border of New Jersey and Philly last summer. But due to the pandemic, we had to put a halt on that. We didn’t, but we will open that up next summer. So it has been this unbelievable 15 year journey where we have been serving thousands and thousands of children impacted by pediatric cancer.

Pete Moore: That’s amazing. And mark and I went to Camp Laconda up in Glen’s Bay, New York, I would say it was one of the shining moments of my life definitely developed my personality, my athletic ability my friend network. So mark, what kind of got you involved originally besides the obvious summer camp experience.

Marc Eisenshtat: Yeah. Yeah. Peter, appreciate you having us. It didn’t help with my athleticism at all. Unfortunately. No, I’m still, I’m still working on that. Yeah. We’ll work on that. You know, the networks that you build in camp, the friends that you make, the relationships like, you know, we can connect after all these years and be on the same wavelengths, trying to help people, trying to make people healthier. My situation with sunrise was by happenstance. You know, unfortunately I had a friend whose son was diagnosed with Hodgkin’s lymphoma and, you know, we were on the phone talking about him, visiting different organizations on long island to volunteer with his family. They had gone, they had gone the family to three different organizations, ended up at sunrise as the fourth. And when they left, they asked the kids what they thought about sunrise. And they were in love with it, you know, young kids that were going to sleep away, camp themselves.

Marc Eisenshtat: Well shortly after their visit to sunrise and falling in love with the organization. Even my, my friend’s son was diagnosed with Hodgkin’s lymphoma and ended up going back as a camper. So I really just got roped in trying to help my friends. You know, they just needed support. They needed their circle around them. And I started going to these events that alien would host these corporate networking events and these these fundraising events. And they were just trying to rally together more people, more networks, deeper, broader networks. And, and that’s what, that’s what I do for a living. I’m a connector, you know, so I had a huge network and it was so easy. It was like business networking, but for smiles, you know, like I, I quickly fell in love with what this camp was all about. I personally had struggled my whole life trying to identify with an organization to be philanthropic towards I, I, you know, I always battled with the, you know, where’s the money going and, you know, you know, are they going to cure cancer and all these debates that we have with each other, excuse me, this was this was very easy.